The Circus Freak is now available on Wattpad!

What about reading a Brazilian thriller that mixes crime procedural and fantasia?!
Let me introduce myself: my name is Leonardo Barros. I am a Brazilian medical doctor and novelist, author of five books published in Brazil and on amazon.com.

At 2010, I decided to translate the novel O Maníaco do Circo – E o menino que tinha medo de palhaços, or, if you prefer, The Circus Freak – And the boy who was afraid of clowns.

The novel tells the story of Renato, a pharmacist young and handsome man, whose childish innocence was maculated by the insanity of a psychotic mother. Domestic violence and a promiscuous environment turn the kind child into a disturbed an aggressive adult.
But Renato seems to have inherited his mother’s schizophrenia. He becomes a missionary serial killer, a kind of assassin that sees in his morbid rituals a divine duty. The story turns even more interesting with the appearance of a criminal nicknamed "Circus Freak" who plagues the city, leaving everyone stunned by his cruelty.

The book is already available on amazon, but I decide to publish it on Wattpad because I am seeking for the feedback of the readers. 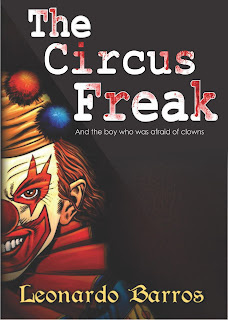 Let me know what you think of the story.
For all of you, my new readers, I wish a nice and thrilling experience!